My Summer Vacation on Sea Hawk 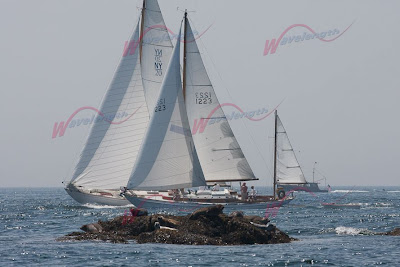 We sailed on this nice 41' Concordia Yawl, Sea Hawk the first week of August. We did the feeder races from Castine to Camden and Camden to Brooklin. In the fog from Castine we managed to pull out a first in the Concordia fleet and received the Phalarope Perpetual Trophy!! Actually I tried to "receive it" at the awards ceremony on Saturday night but was caught before getting lost in the crowd. This trophy stays in the Castine Yacht Club and I get my name on it!! We also finished third in our class. The next two races were just amazing. But not for having a spinnaker, we did really well and had a great time. Paul Carson from Searcy, Arkansas was the only reason we did so well. My other friends learnt alot but had no real racing skills.


The other crew members: 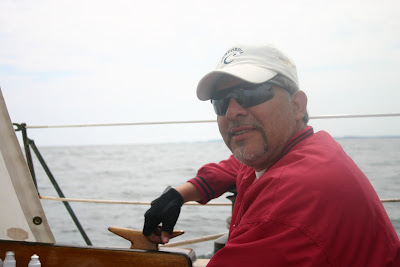 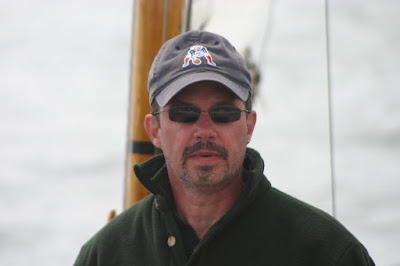 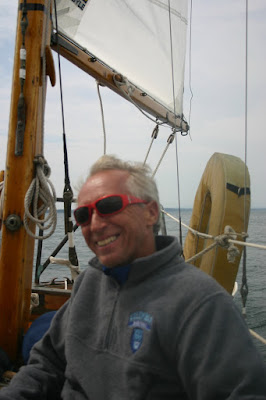 
And George Rautenberg, my newest friend, that survived "Fog Day" a few years back and was still brave enough to attempt another go!

The top photo of Sea Hawk is from: http://sims.myphotos.cc/~macmini/2010/wooden10/content/wooden10_1_large.html There are a few hundred more of them to see the perfect sailing conditions in the prettiest place on the coast...
Posted by Rob DesMarais at 3:19 PM